A life full of health

It is fair to say that for Irishman Jack Kiely, the health and safety of all workers has been a key element in his personal career. Starting off as a safety engineer in a large power plant, Jack has since been busy keeping people safe – both onshore and offshore. Here is how Jack looks at health and safety in the Gemini operation from his position as HSSE manager. 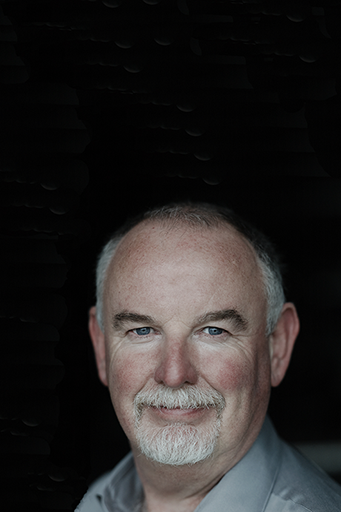 Book At the moment Inferno by Dan Brown

Music Anything popular and 70’s

Film All the Jason Bourne movies

Family Living with Judith, my partner

‘You grow to depend on the other members of the project team.’

Jack started his career as an electrician in the Moneypoint power plant, located on the river Shannon, one of the largest power plants in Ireland. There he came in contact with the union and the themes that concern the well-being of workers. ‘Health and safety was one of those themes. It interested me, and when a job became available as safety manager, I put myself forward and applied. I got that job and I never looked back.’ Thinking back, Jack now remembers that his interest in safety actually started at an even younger age: ‘The strangest thing − as an apprentice I entered a competition, a sort of quiz. Organised by the regional safety committee. I had to learn a set of 600 safety-related questions by heart. So that was my first introduction to safety,’ he laughs. ‘I was 18 at the time, so it really stuck with me.’

Working at Moneypoint, Jack supervised health and safety during several overhauls and expansions of the plant. Later on, he gained experience by working in manufacturing and then returned to construction. He came to a point in 2010 where he wanted to do something new with his career. ‘I wanted to move on in my role and on the internet came upon a job opening at Siemens Wind Power. It involved the HSE management of several of their offshore wind construction projects. Siemens is a great company, with lots of opportunities to learn. I had worked with Siemens before, so I already knew them. While I had no prior experience in wind, I got the job. All the ducks lined up for me, luckily.’

‘At Gemini, everyone is happy to be part of our health and safety approach.’

Comparing health and safety offshore with the way it is handled onshore, the main difference according to Jack is that you travel to work by boat or even by helicopter. ‘All the same rules and theories apply. Most of what we do is really common sense. At Gemini, we’re not re-inventing the wheel. On the other hand, you have to be firm when it comes to applying this common sense. That’s where I come in. I’m told that I have an ability to make a point, when needed. At Gemini, everyone is happy to be part of our health and safety approach. Everybody knows what it’s about. The focus is on keeping people safe.’

Being close to the installation of all the turbines in the park, Jack is ‘quite proud’ of the results that have been achieved so far. ‘At the moment, Gemini is the biggest wind park in Europe. That makes it special. Obviously, as a safety manager you’re never completely happy – there’s always room for improvement. But we’ve done a good job. And we’re working to bring the experiences of Gemini into the offshore wind sector as a whole. Learning by doing.’

Looking back, Jack stresses that the quality of the Gemini team is one of the key factors in the success of the project: ‘Matthias Haag has managed to bring the best of the best to Gemini. That’s definitely one of our biggest strengths. You grow to depend on the other members of the project team. Everybody has their role in the team and that works very well.’ Coming back to his own contribution, he states that back in the old days safety managers were usually seen as police officers. ‘That’s not the case anymore. In this day and age, it’s all about workers thinking about health and safety for themselves and the people working with them. Safety has more of an encouraging and supporting role. In Gemini, we built an excellent HSE team, people that I trust completely, from both the UK and the Netherlands.’

For over two years, Jack has worked as part of the Gemini team from Mondays to Fridays, while flying back at weekends to his home in Corbridge near Newcastle upon Tyne. A lifestyle that has suited him quite well. Working in a Dutch company: ‘That was a first for me, and I enjoyed it. The Dutch are very direct, that suits my personality. On the other hand, they can also be laid back – I appreciate that as well. What the Dutch do well is try and find solutions immediately when they spot a problem. That’s where I and HSE step in: let’s not jump into it but take a pause and analyse what’s going on. Let’s record the way we’re going to handle the situation before carrying on, that’s very important. Stop, Review, Plan, then Do! That’s my motto.’ Concluding with the focus on his personal future, Jack is already on the move again, on to his next project: Merkur, a large new German wind farm, also on the North Sea. He will be bringing his Gemini knowledge further afield, which is an asset in this fast-growing and relatively new industry.