‘2020 Ambition getting closer thanks to Gemini’

Gemini is the second offshore wind farm in which HVC is taking part. How does an organisation that was originally a waste energy company and is the property of municipalities and water authorities end up offshore? CEO Wim van Lieshout explains that sustainable energy is becoming more and more important, also for local governments. ‘With the revenue from Gemini, our shareholders can fulfil their sustainability ambitions like never before.’ 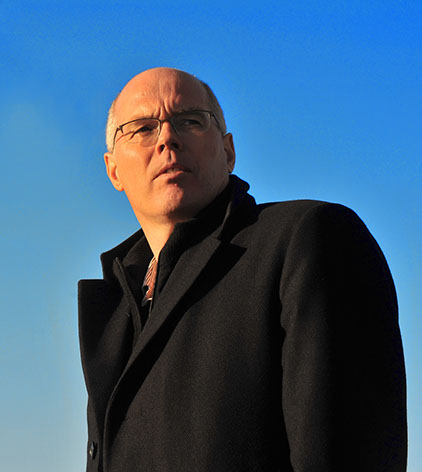 He is in his final months as HVC’s Managing Director, but Wim van Lieshout is more than happy to share his vision of what Gemini means for his company. He takes us back in time: ‘In 2008, we decided to get into sustainable energy at the request of several shareholders. In particular, a number of municipalities believed that more should be done to combat climate change. They concluded that the use of solar panels locally does help, for example, but that it means very little numerically.’ HVC then decided to look into the possibility of more large-scale projects. ‘We started with a wind farm on the North Sea and a large solar farm in Germany. At the time, those projects generated quite a bit of publicity in the Netherlands. And that’s why we were also asked if we’d like to take part in Gemini. That was in late 2010, just as a number of water authorities joined HVC as shareholders. They also said they were interested in sustainable energy.’

HVC, which became successful as a waste, raw material and sustainable energy company in North Holland, is participating in Gemini in two ways, explains van Lieshout. ‘We’re participating as a shareholder and we’re also purchasing electricity. Delta passes on 15 percent of the green electricity. We’ve had our own energy company for 10 years that supplies electricity to our shareholders, but also to residents. We also use our own expertise in the business. As a “trader” in electricity, we’re Delta’s counterpart and we know a great deal about permits. We also hold the necessary talks with Tennet.

as a shareholder and we’re also purchasing electricity.’

’Given the fact that NPI is new is on the Dutch market and that Siemens is operating from London, together with Van Oord, HVC is responsible for the Dutch local colour, says van Lieshout. ‘If consensus has to be reached in the Dutch way, it’s useful to have partnerships with companies that know exactly how that’s done.’

Besides the revenue and the electricity being generated, the added value for the HVC shareholders is the company’s contribution to a sustainable environment. Van Lieshout on this aspect: ‘We can pass on the green certificates we are awarded to municipalities; they can “book” the CO2 savings against their sustainability ambitions. That’s particularly attractive, for example, for municipalities that cannot position windmills on their land. By participating in an offshore wind farm, they can still achieve their environmental objectives.’ It remains to be seen whether the HVC shareholders will continue on this chosen path after Gemini has been completed: ‘That’s something my successor can deal with. First, we’ll finish this job, and then we’ll see. The result can in itself lead to new initiatives, but there are also municipalities that have already said they want to look for sustainable energy generation closer to home. For example, with small-scale solar farms or heating projects. When Gemini opens next year, then we’ll truly see whether the project was a success. I am very much looking forward to that. It will be fantastic to see it all working. One thing is clear: it is still hugely important to realise the Energy Agreement, and the Government is being very smart in committing itself fully to offshore wind. Municipalities and water authorities can also take part, if they wish.’

Van Lieshout in any case didn’t want to miss the development of Gemini: ‘At the start it was pretty turbulent, of course, especially during the phase when we were looking for a main investor to get the project off the ground. But it was also very exciting. Up to the financial close, all of us – everyone in his or her role – worked really hard. There was a great feeling of unity. And it helps to have a Canadian company as a shareholder: fair in business, facilitating to the minority shareholders and a good listener.

next year, then we’ll truly see

whether the project was

And Van Oord brought it all together: I’m really impressed. And then there was Siemens: a huge corporation that races along at high speed once everything is up and running.’ What Wim van Lieshout will probably remember most is the support that he received from local councillors: ‘As you can imagine, questions were asked about this project in quite a number of municipal councils. But everyone is behind HVC and our commitment to Gemini is not going to go away. We were given the space to bring the project to a successful conclusion.’ Lastly, what about his own future? ‘I plan to set up my own business. I’d like to develop projects, because that’s what gives me the most satisfaction. After 11 years, it’s the perfect time for a change.’