Didi te Gussinklo Ohmann is a real Van Oord veteran, you might say. After graduating as a Civil Engineer in 1999, Didi got a job as a foreman at Van Oord and has been there ever since. She is now Project Director for Gemini and heads an impressive operation. With, at the high point in 2015, around 800 employees at work inside and outside. What does Didi remember most about those five intensive years? 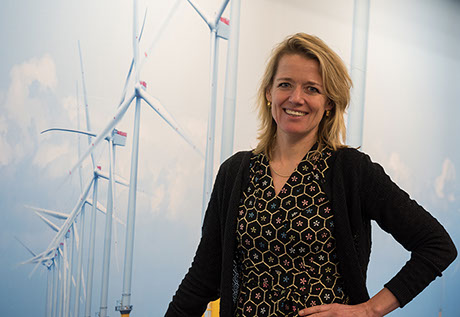 ‘I was involved from the very first day,’ is how Didi begins her personal reconstruction. ‘Van Oord was asked whether we wanted to work on a 600 mW wind farm in the North Sea – that’s when it all started! With just a blank sheet of paper and a small group of enthusiastic people, we set to work. Our approach was to make the project technically and financially feasible and... how can we achieve that?’ Looking back, it was a great start: ‘With an approach like this, you have a lot of freedom. At the same time, you’re under a lot of pressure. Despite the fact that the outside world was quite critical and sceptical about the feasibility of the project at the start, the Gemini and Van Oord project teams were always confident that it would work. It’s good to have a few people who take the initiative and aren’t afraid to take on a challenge like that.’

The years before the Financial Close were anything but boring, recalls Gussinklo Ohmann. ‘In the first year, we were mainly busy with feasibility studies into the choice of turbine, the wind park design and how to lay the export cables to the shore. The fact that the cable route ran straight through the Wadden area made it even more interesting, of course. In 2012, we focused more on working out the details of the operation. ‘We did that in close cooperation with the client. You could also describe this development phase as co-creation.

‘It’s good to have a few

people who take the initiative and aren’t afraid to take on a challenge like that.’

In a quite early stage, we also invited the preferred suppliers, such as the steel manufacturer, to join in. So that we could make good use of the lessons they had learned on other projects. We were always looking for the best possible design, while taking the manufacture, the offshore installation and the operations & maintenance into account. I think it’s a good formula; this intensive type of cooperation with many of the stakeholders isn’t possible in every project. But it worked very well for us. By working together, you come up with much better optimisation measures.’ The integral design method used at Gemini leaves enough space for the knowhow of all the partners. ‘That’s crucial in a young industry like ours, where new technology is being implemented all the time.’ And where at any moment a design freeze could be announced to safeguard the financing (Financial Close). You make the decision together: this is how we’ll do it, with the knowledge you have at that moment. Because we also have to keep a close eye on the project timeline.’ 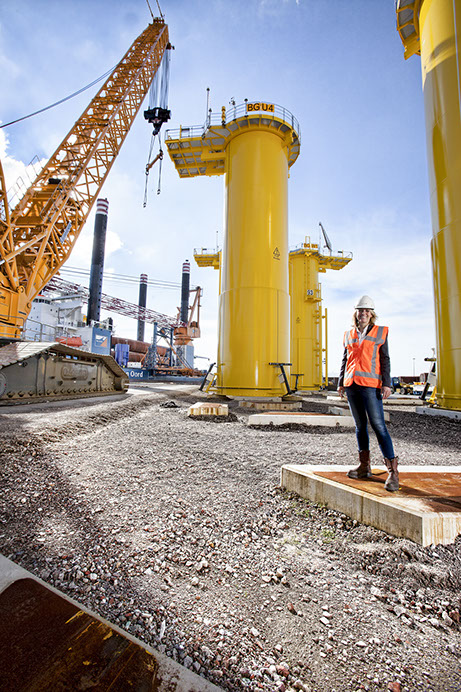 Van Oord’s role changed at the moment of the Financial Close. ‘A customer-contractor relationship arose. This took some getting used to, also for us. But that all happened pretty quickly.’ Whereas other people in the company focused on the position of Van Oord as a shareholder, Didi was able to concentrate all her energy on the construction process.

‘When it all works exactly as you imagined, it feels fantastic.’

With the experience of earlier wind farms (Prinses Amalia, Belwind, Teesside, and Luchterduinen) on board, the construction phase started. ‘A wind park bigger than we had ever built before and that was much further offshore. In itself it’s quite risky, but with thorough preparation and good people and equipment we weren’t afraid to take on the challenge. And there was a team with like-minded specialists on the customer side.’ The Van Oord project team was multidisciplinary, with many different nationalities plus a good mix of young and old. Te Gussinklo Ohmann elaborates: ‘We had seniors in the key positions, but a large group of young people also worked on Gemini. I love that dynamic. Offshore wind is developing fast, with a lot of innovation and knowledge-sharing. The new generation is already familiar with this working method. They find it easier to connect, and working in “platforms” and project teams comes naturally to them. Experience will always be an important asset, of course, but this mix works really well for us.’

Don’t let it get you down

2015 was the year in which Van Oord had ‘all hands on deck’. ‘At peak moments, we had 800 people on the job, inside and outside. A company within a company.’ We were constantly looking for ways to make improvements, such as the cables: what’s the best way to roll them in and out, how do you guarantee the best protection? ‘We also paid a lot of attention to scenario planning: What if? Always ready with a Plan B and a Plan C. That’s our strength as a contractor: if there’s a problem, don’t let it get you down. Just find out how to solve it. Always focusing on that one thing: delivering the wind farm safely and on time.’

‘We also pay a great

deal of attention to scenario planning, such

Didi te Gussinklo Ohmann regards the development that Van Oord went through with Gemini as very special: ‘Our installation ship Aeolus and the cable-layer Nexus were built on the basis of the contracts for Luchterduinen and Gemini, with a deck layout that we developed in-house. We also developed innovative handling tools, such as a gripper that can very precisely position the foundations on the seabed. We always aim for the highest possible degree of accuracy, reliability and high workability at sea. All the equipment must be geared to that aim so that we get the best possible installation.’

Many of these innovations had already been devised before the construction phase. ‘When they all work exactly as you imagined, it feels fantastic. I went out to sea a lot, especially at the start. I really enjoyed seeing for myself that everything was going according to plan. So many technical challenges, so many different methods. And when they all fit together, it gives you a real Wow feeling.’ But the Van Oord Project Director assures us that the company is not resting on its laurels: ‘We learned so much during this project. But the learning curve hasn’t stopped, and now we’re taking that experience to other projects. One of the main lessons learned is that you really must keep thinking out of the box. The technology is developing all the time: the only certainty we have is that in a few years, things will be very different. But that’s how it has to be if we want to turn wind into a really competitive energy source without Government subsidies. And that’s the task we have to keep focusing on with the entire sector.’