Drive bringing the sector to the next level

Before Gemini, Bernard van Hemert had worked on several other wind farms. He has been on this project from the very start. ‘That’s what I prefer.’ He contributes in all kinds of areas, from the construction of the OHVSs up to and including corrosion protection for the foundations. It is the variation that makes the job so interesting. 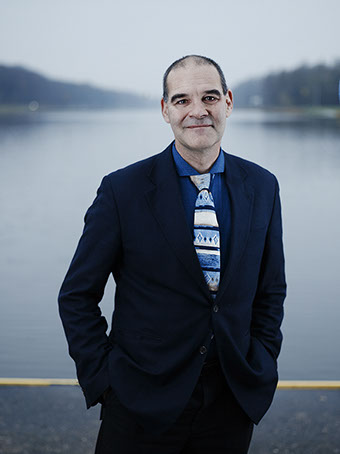 Film As it is in Heaven, directed by Kay Pollak

(24 and 22) and still a good relationship with their mother

Travel destination The last surviving wilderness in the Netherlands: the Wadden Sea

‘With Gemini, we’re trying to bring the sector as a whole to the next level.’

In early 2011 Bernard van Hemert – originally trained as mechanical engineer − came on board Gemini. As a sole operator, over the previous ten years he had worked in different jobs on three offshore wind farms. ‘On Sheringham Shoal, I worked during the initial stage, from the moment the tender was awarded up to and including the development. That lasted four intensive years. On Q7 Princess Amalia, I supervised the actual construction – also very exciting. I learned a lot on both projects – I was now familiar with the whole cycle – and that turned out to be really useful on the Belwind farm off the coast of Belgium. I was there from the development up to and including realisation, just as I’ve now been with Gemini from the start. I prefer that, I now realise. You get to finish what you started. And you also keep learning: the next time I’ll do this or that in just a slightly different way.’

In December 2010, Van Hemert was briefly in between jobs. ‘Great, I thought, an empty schedule. I decided to take it easy for the first time in years.’ But it didn’t quite work out that way, because he got a phone call asking him to work on the development of Gemini. The offer was too tempting: ‘As Technical Project Manager you have an overall view of what’s happening. At the start, I managed the various packages that were working on the engineering. I’m no super-specialist, but I do have enough knowledge to be able to assess the individual subjects. And to apply the cross-connections.’ Van Hemert is also an important part of the project’s ‘collective memory’. ‘Why have we made certain choices, where can particular information be found? I can help colleagues with that now that we’re in the realisation phase. And if there are things that we didn’t think of beforehand, I can use my foreknowledge to help find the right solutions. I really feel like the connection man.’

At the moment, Bernard is busy protecting the foundations against corrosion: the degradation of materials as the surroundings – in this case salt seawater – act on them. ‘We installed an active system that lasts the entire life cycle, but it can only be connected after the turbine is up and running. We have now reached that moment.’ He believes it is vitally important to share knowledge about these types of innovations: ‘With Gemini, were trying to bring the sector as a whole to the next level. We’re using the lessons learned here in a joint industry project, where we’re sharing knowledge and experience in an open source type of way.’ One good example of this involves the 21-kilo bolts used to fasten the flange connection of the foundation to the transition piece. 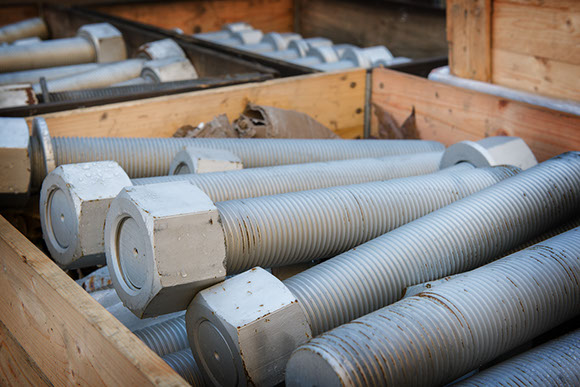 Van Hemert: ‘We discovered that the installation methods for these bolts were inefficient. So even though our contractor could do nothing about it – everything looked perfect on paper – we made a lot of noise about it in the sector.’ And there was fortunately just enough time in the project to make the necessary adjustments: ‘We were able to use a smart bolt fitted with a voltage meter that can be read digitally with a scan. That means that in the maintenance phase we don’t have to climb up the turbine with heavy equipment to inspect all the bolts.’ You only realise how important this is when you find out that the project involves 15,600 21-kilo bolts. ‘It’s the first time that this technique has been used on those bolts. So that’s an innovation that Gemini can take credit for.’

At the end of the interview, Bernard van Hemert reveals his plans for the future. He wants to do something completely different when he finishes at Gemini next year: ‘Don’t get me wrong, these are fantastic projects. But after 15 years, I want to do something else. In principle, you use the same approach at every wind farm: you choose the best windmill of that moment, which is then assembled as much as possible onshore; then you design the best foundation for the specific location on the seabed and you connect everything up. I’ve done that several times, but now I want to focus on a new innovation. It’s still related to wind energy, but the energy is generated using gliders. I’m going to support a start-up that’s working on that concept. But until then, I want to finish realising Gemini in the best possible way!’